As some of you may or may not know... After splitting from my ex husband I was forced to sign on for jobseekers allowance so I could get some help with the mortgage so me and my boy could stay in our house . I had pretty much hit rock bottom. Going to that place was not the highlight of my life at 36...I am very grateful for the help.  But the stigma that came along with it I was not prepared for. When you are lumped in with a catagory of people who are deemed lazy, chavs and even have people resenting my son having free school dinners it destroys your soul and made me feel ashamed for asking and receiving help. How many memes and statuses did I see on my time line telling me their taxes paid for me to get by. ( thankyou)  cheating the system etc etc..then watching mp's claim thousands in expenses...Watching the rich rob the poor.. Trust me.. Living on benefits is NOT Easy!
Today I signed off. I worked my arse off to build my business so I can support me and aidy without the struggle.  It took me a year... I thought it would take 2. I have never been lazy. I have a part time job,  full time mum and run a business....and i loved my son enough to not be too proud to ask for help. Eventually in the future I plan to create opportunities for people in my situation to not to have to take the first cleaning job they find and follow their dreams also.
I guess why I'm writing this status is to make people aware of how their judgments and critism can make a real person forced into that situation feel,  even if you are referring to those who you think are too lazy for work.....how can you tell the difference? Everyones personal circumstances are different.
You never know where life can take you. Your whole world can change in an instant and you may be the one that ends up being judged. It's a long drop from a high horse.  Stay humble.
Posted by Unknown at 18:40 No comments:


Just thought Id stop by and share a digital creation I have made for you to use and share.. It came to me yesterday after reading a few posts by crafter's about the way some people disregard the amount of care that goes into a handmade product x 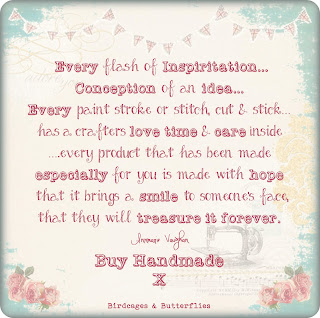 Hello!
So just to let you know I'm having a giveaway over on my facebook page as a thank you for all who have supported me and doubled my figures from the day I relaunched in January x 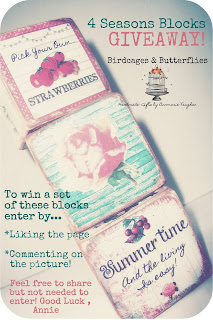 Please pop over there and Like the page and comment on the pic for an entry in the giveaway xx
Have a great weekend friends
Good Luck to all who enter xx
Annie x
Posted by Unknown at 17:15 No comments:

As promised here are the Personalised blocks....
These are £15 for a set of 3x 4.5 cm wooden blocks and I design each of the 18 sides individually
You can have quotes, pictures, fave words....affirmations like these commissioned blocks... 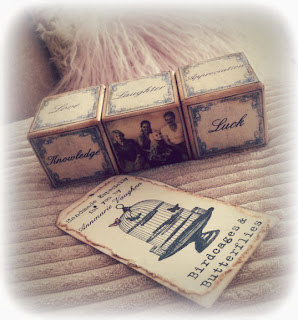 This set I made for a lovely lady who wanted to give a gift to the Mother of her gorgeous newborn Grandson....there were tears when given...and tears from me when told about it!! yes I am super emotional! 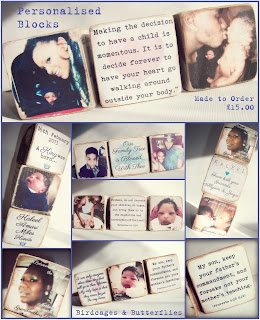 I just am blown away from the support that I've been given by everyone who have supported my return to crafting...the amount of orders have in all honestly overwhelmed me!!! And I put Love and care into each product I make so to know they are received so well just makes my heart smile x
If you'd like to place a order then feel free to email me at annmarie_vaughan@yahoo.co.uk

Right off to sort my Junkyard/football pitch back into a garden....trying to find a balance between somewhere to sit and relax in the summer and being a football pitch for an  8yr old boy is gonna be a real test!

Enjoy your Day x
Annie x
Posted by Unknown at 09:19 No comments: 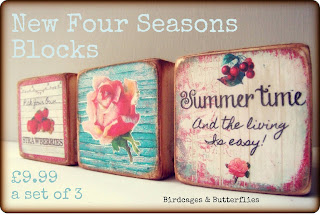 Well excuse my delay in showcasing my new designs...but a stomach virus, Easter holidays and an overwhelming number of orders have slowed me down somewhat!!
So Enough excuses here are the new 4 seasons blocks...I have tried to keep them similar to the old ones but with all faces completely my own designs using free vintage images 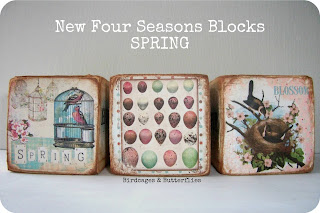 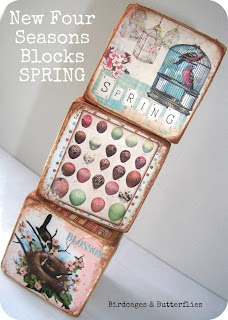 (of course I had to sneak a birdcage in there!) 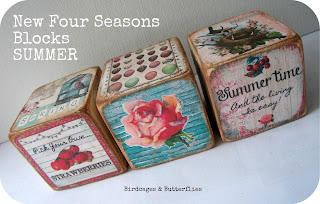 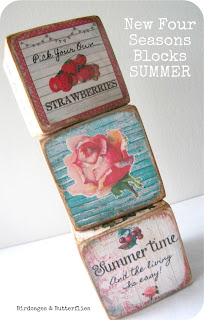 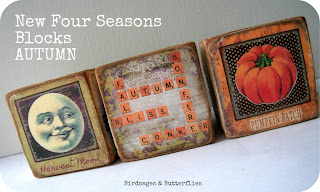 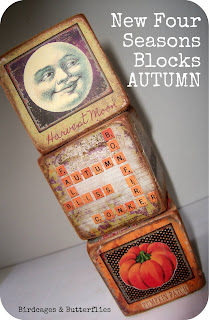 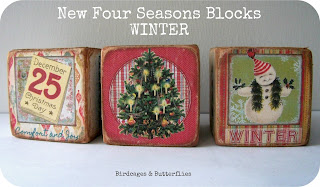 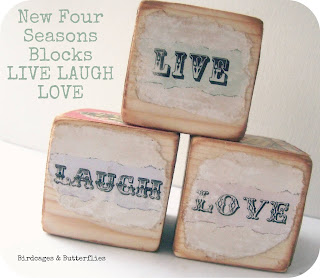 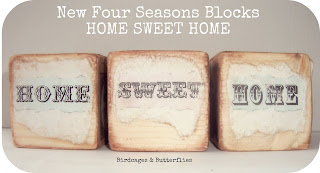 This set is £9.99 for 3 blocks....on wooden 4.5cm cubes
If you would like a set feel free to email me on annmarie_vaughan@yahoo.co.uk

I'll be back with a personalised set of blocks to showcase!!
HAPPY FRIDAY!!!

Annie x
Posted by Unknown at 10:28 No comments:

Hello,
Well Ive been missing from blogland a little while now....3 years to be exact....I suppose I should catch you up on a few things!

I turned my back on crafting for a little while...I just lost the heart for it....simple as that really....It became a struggle and I decided to have a little break from it which actually turned out to be longer than expected!!

I became a respite carer for my friends little boy whom Ive known from birth...he has Williams syndrome hes nearly 9 yrs old and caring for him makes me a better person....then into my life...along came another little boy on the school run in his buggy with his mummy...much younger but with the same beautiful elfin features and big broad smile Id seen before....before you know it I'm caring for 2 little boys with Williams!! Ive been caring for them nearly 2 years now and they light up my life I love them like they're my own...They were sent to me to make me smile x

My own Little man Aidy is nearly 9 now! still gorgeous and still drives me nuts but wouldn't swap him for the world!! ha ha 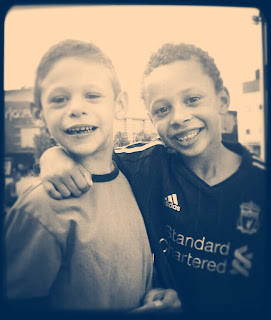 this is him on the right with Justin the Eldest boy I care for.

Then there's me....I went through a bit of a transformation due to health reasons...(I have the Diabetes gene chasing me) I lost 4.5 stones with Paul Mckennas book I can make you thin....going from a size 24-26 to a size 18....I'll never be a skinny Minnie...but I'm happy 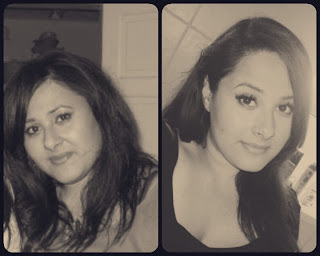 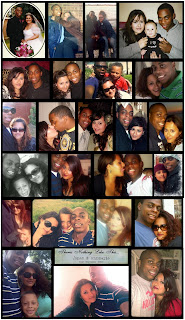 ...and celebrate 20 years of  being a couple this November x
My Childhood sweetheart xx

So that's a few updates....now onto the business,.....Why did I decide to come back to crafting?
Well I was starting to miss it..but thought I could live without it.....but then little things kept happening.. Little signs...making a present for a friends baby shower and my friend being so touched with what I made for her princess it made me really emotional...and the new friends I had made since not even knowing I could craft full stop was eye opening, that used to be one of the first thing they associated with 'Annie'!!
Then one day me and Aidy were talking about a subject they were discussing at school...( what gifts has God given us) he turned around to me and asked me outright....Mum why don't you craft anymore? I tried to fob him off in all honesty...because I just couldn't answer the question......then the smarty pants came up with well your gift is that you make everything nice.....that's when it spiralled!!

I had left my Fb business page open and abandoned to be honest and decided one evening in January to post a test message to see if anyone was still there?......The response I got was astounding...so many encouraging comments asking if I'm coming back to crafting etc.......then a good talking to from my nearest and dearest friends encouraging me not to waste my skills was the final straw!!!!! I had no more reasons not to!!
I relaunched in January with just over 400 likers and now a short while later i have over 700 likers and had an AMAZING response!!!

Unfortunately my old hard drive with all my old designs such as the 4 seasons blocks  has been corrupted so I took it as an opportunity to start from scratch! New logo new designs new beginnings!!!

Waiting to go to new homes... 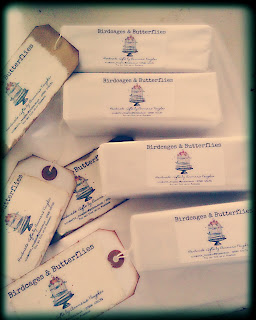 All packaged up and ready to go!!
On release of the new design I offered the first 5 people  who ordered a set from my Facebook page to have a side personalised with their own words and pictures.....they sold in the first 5 minutes!! Was quite a shock for me!!! will come back with the pictures of the new designs x

Hope you all enjoyed the Easter break

Promote your Page too 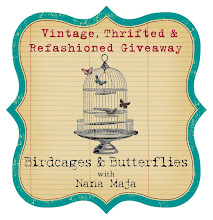 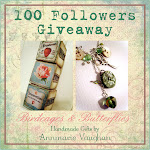 Thanks to all who entered! Look out for a summer giveaway!!! 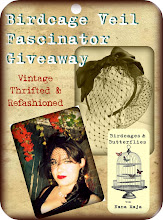 Thanks to all who entered x 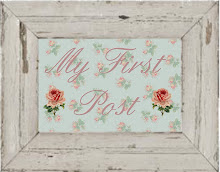 Some of my Digital Art 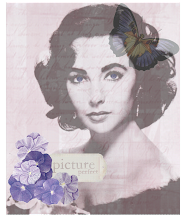 Blogs I Love to Visit

Some of my Digital Art 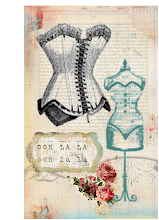 Some of my Digital art 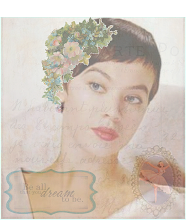 My Own take on the Slogan!!! 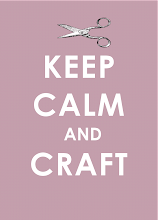 One of the prettiest blogs ever!!